With the release of the 20+ minute "supertrailer" on the upcoming film "Axanar", I decided to post some piccies of a conversion of the USS Xenophon, a Marklin-class destroyer, commanded by Captain Kelvar Garth, hero of Axanar. 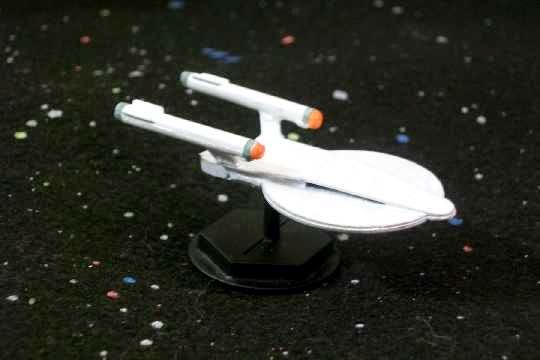 Captain Garth was also James T. Kirk's hero, and his exploits were required reading at the Star Fleet Academy, as we learn in the classic Star Trek original series episode "Whom Gods Destroy".  The introduction of a mad captain, cleverer than Kirk, is a masterstroke, especially when seen through a lens that's nearly a half-century old. At every turn of the plot, Garth is ahead of Kirk, until a timely intervention by Kirk's First Officer. 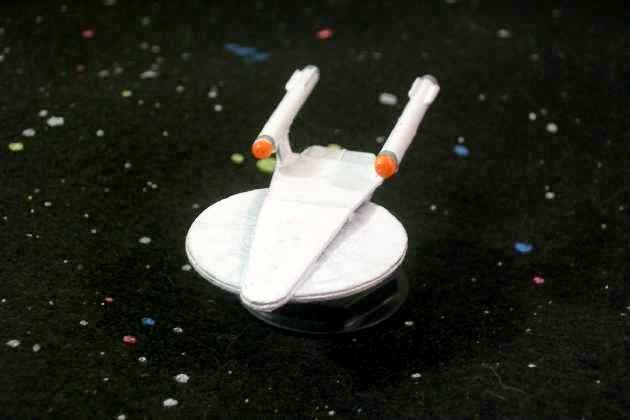 To give Garth depth, the FASA Star Trek role-playing game introduced the concept of the Four Years War, between the Klingons and the Federation, about 20 years prior to Kirk's five year mission as captain of the Enterprise. Garth was a war hero, and his greatest victory  was at the Battle of Axanar. 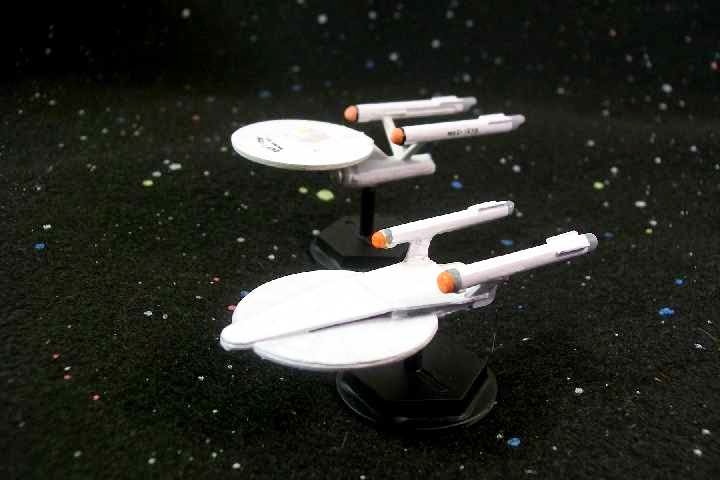 The model was based on a FASA USS Baker scout hull, with the nacelles from a frigate attached, and a thin card wedge glued onto the primary hull.  From the RPG fluff, Marklins were scrappy ships, which makes it a pity that there were only about twenty built, with the design being unsuitable for extensive upgrading.


Now that the Star Trek Wargaming bug has bitten me again, I'll try to arrange a few games and post some pictures soon....Ω
Posted by kmfrye2001 at 8:56 AM No comments:

These were painted back in 2010 for a Doctor Who game that never materialised. The plan was to have gamed the Sontaran invasion of the planet Gallifrey, as seen in the 1978 series "The Invasion of Time".


The scenario would have included the Fourth Doctor, Leela, K-9, the Citadel Guards, some outcast Timelords vs. Sontarans.  I remember the issue was adding more Time Lords in their robes, as I could only find a model for the Lord President, and finding the right terrain to model the Citadel of Gallifrey.


Basically, Leela and the Guards would need to hold off the Sontarans long enough for the Doctor to build the De-Mat Gun. It would probably have been a rather fun game...Ω