It's amazing what you'll find when you go through the pictures folder on your laptop.  Here are some piccies I snapped at TravellerCon-USA this past October. 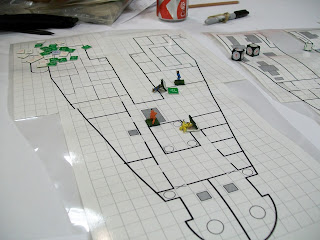 I had something of an advantage, as having played in a Traveller Campaign set aboard an active duty Kinunir-class colonial cruiser, I knew the ship plans pretty well. 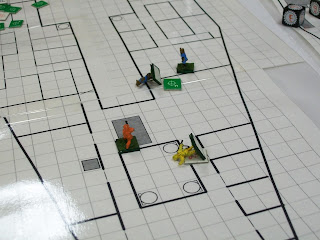 A word to the wise - despite the glowing patina the years may have added to your memories of Snap Shot - the rules kinda suck...a lot. 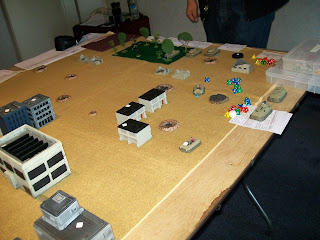 My StarGrunt/Striker Game "Vland in the Can".  I had forgot to bring my Terran Troops, so Mark Clambo of Daddy's Little Men loaned me some of his figs.  What a champ. 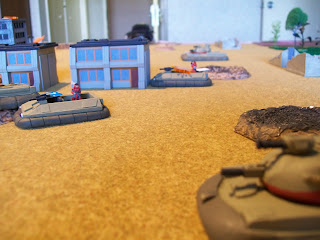 Kinda neat pic as the Vilani Recon sleds roll on. 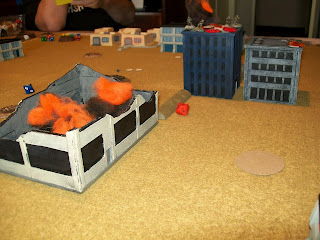 Viliani Imperium denies the enemy cover by blasting everything in site. 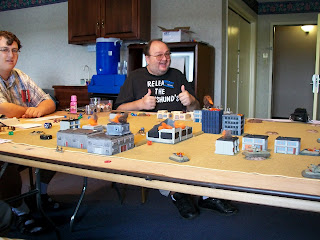 Bill P. sez "Could be worse...could be raining." 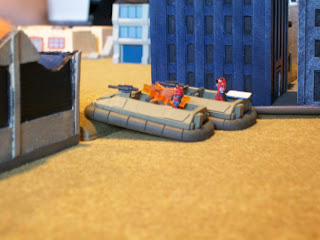 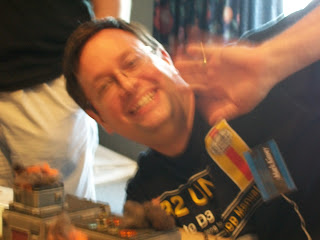 Mark Klambo looking well pleased with himself - he's just managed to break my scenario - what a muppet. (That's not my camera blurring - that's Mark's normal slightly-out-of-phase nature, captured by the miracle of digital imaging...) 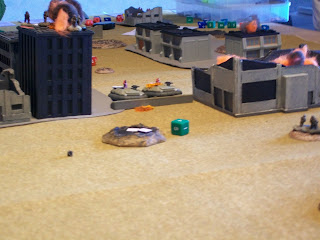 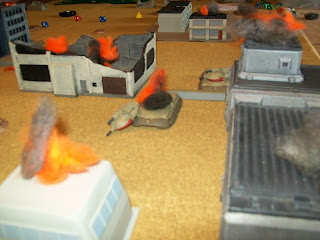 A Vilani tank that has been Earth-pwned 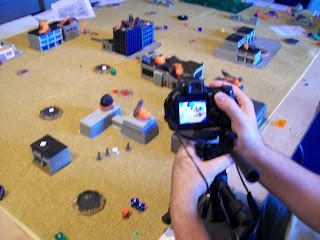 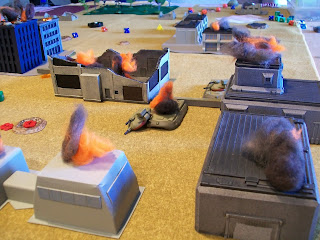 Any miniature game that ends looking like a scene from "Kelly's Heroes" is a good miniature game.
"No smoking! Ve haff petrol..."

15mm Desert Dwellings from The Scene

Here are a couple of 15mm Desert Dwellings from "The Scene".  These are made of a sturdy polymer resin - lighter than urethane resin, but more resiliant. 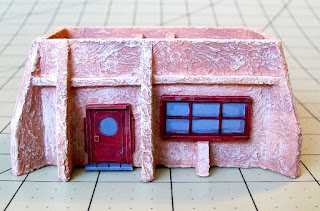 These are really very nice and I'm looking forward to new releases from The Scene...Ω

It's been quite a delay, but here are my insurgents for the Rhodesian Brush War.  Figures are from Peter Pig. 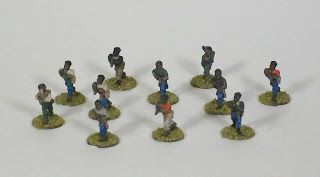 These have been finished for several months. I don't have a very good excuse, either, aside that find it a task to paint civilians - the mix of denims and t-shirts is depressing. I think one fellow is wearing chinos, just for a change ; )